It was a rough day. I had to demote someone for not doing being able to do his job and he did not take it well. While I know it was the right thing to do, it was still hard to do, and I feel bad for him that he was not able to be successful in the higher position.

It was also a ruff day, because the dogs got their baths last night.

Harvey was first and did a great job standing still. He hates baths, but is very cooperative. 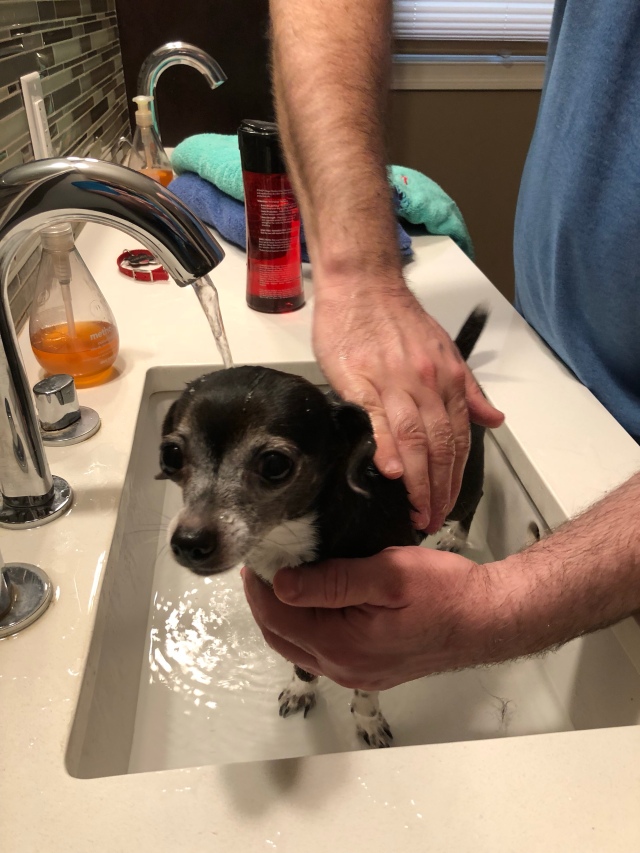 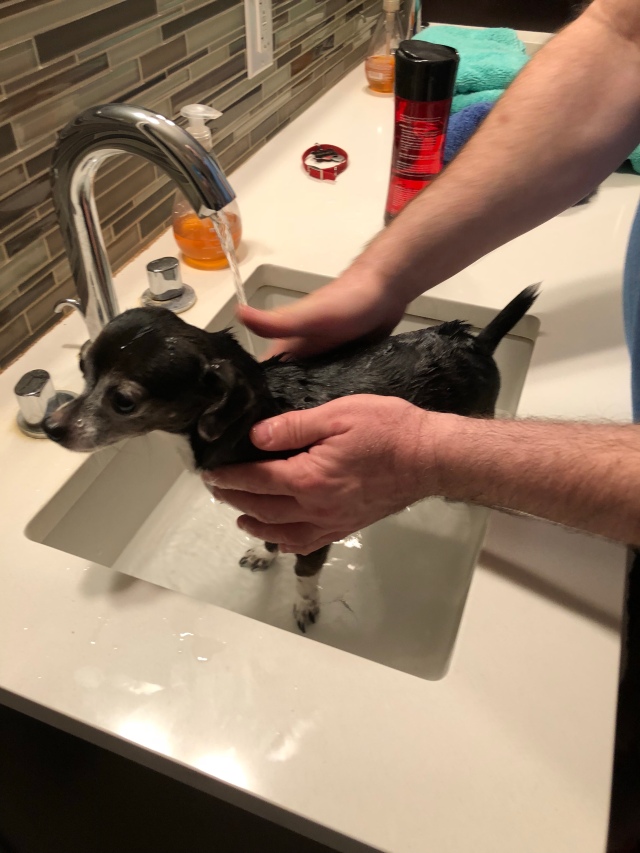 Rita was great, too. She’s not so fond of the bath, either, but likes the attention she gets during it. 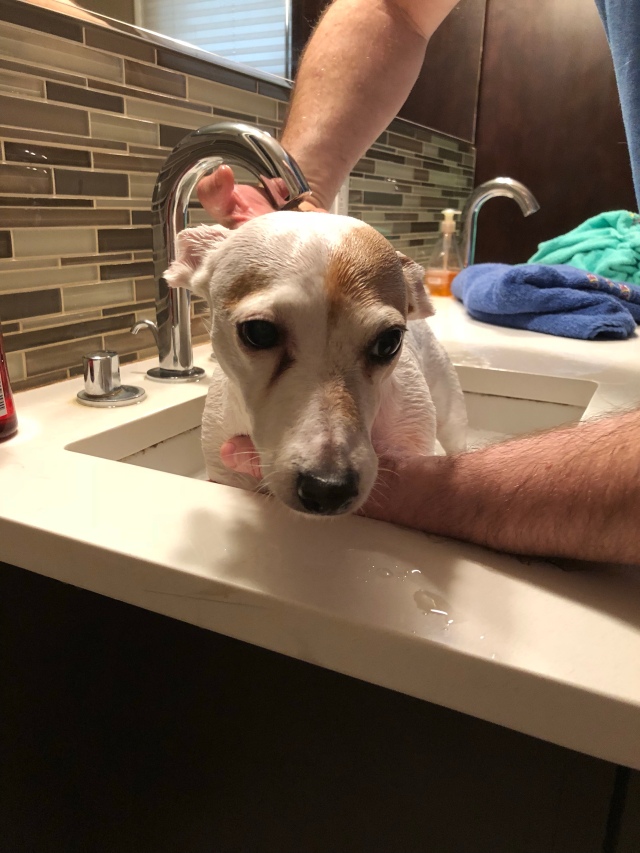 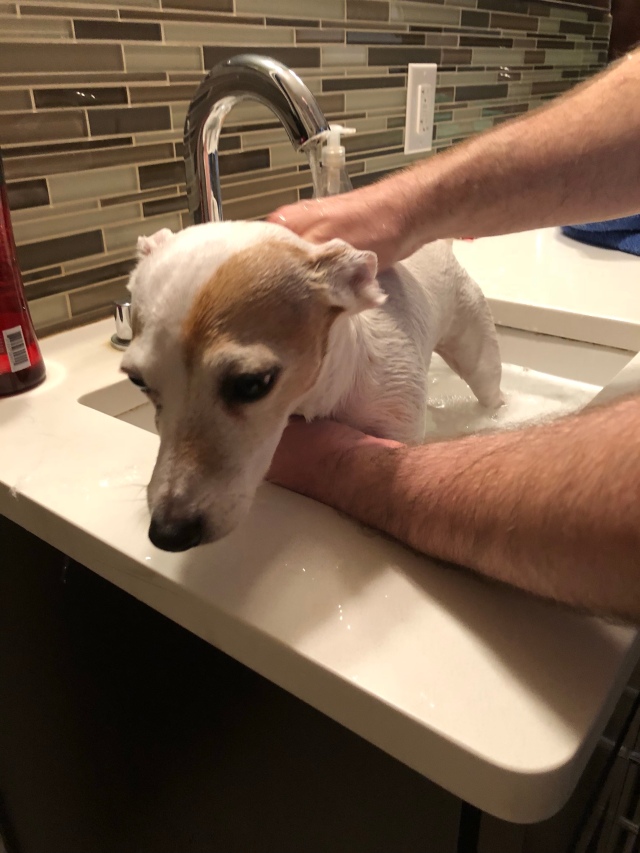 After their baths, they did the usual “run around the house and rub against everything they can” routine, but eventually settled down. 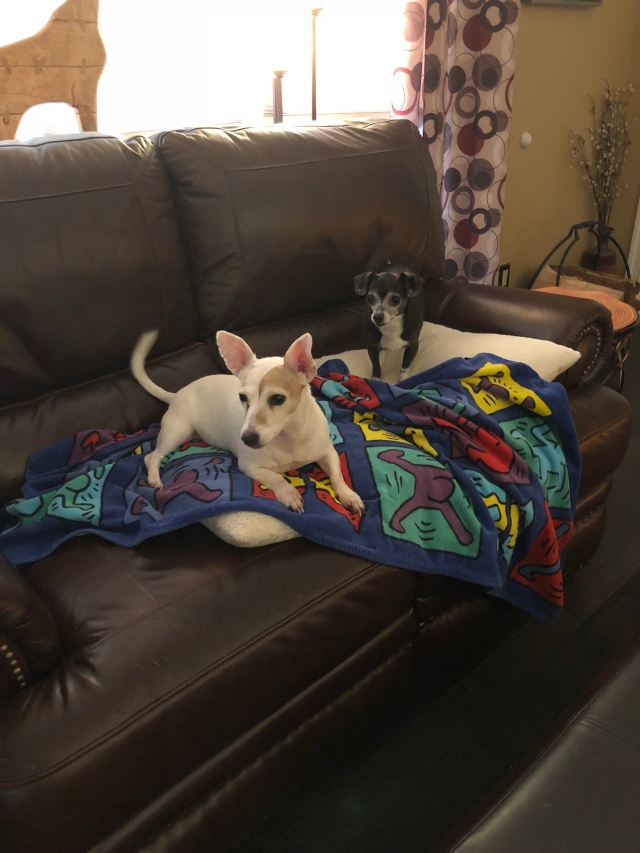 Puppy therapy is always a good way to wash away the ills of the day!