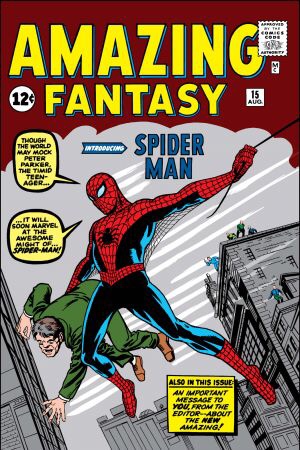 Spider-Man was created by Stan Lee and Steve Ditko (both writers and artists) and first appeared in Amazing Fantasy #15 in August 1962.

Besides appearing in multiple comic titles, non-stop, since 1962, he has appeared on TV in both animated and live action series, in multiple Big screen movies, on Broadway, and even inspired a record album: 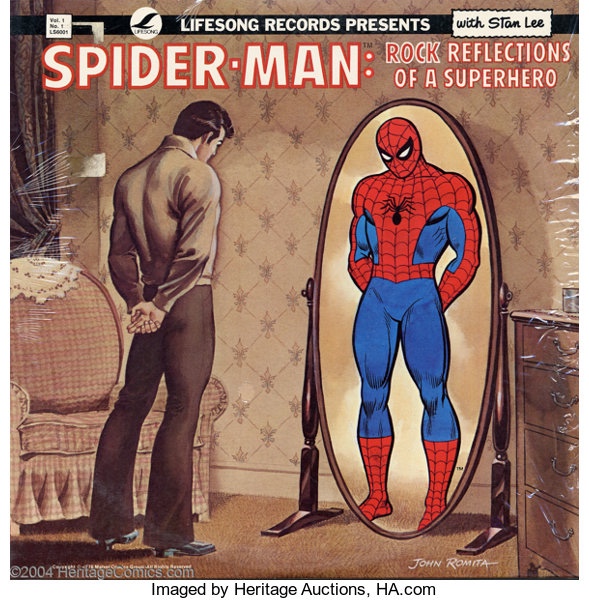 He is one of the most famous, recognizable super-heroes in the world. While he is well known for uttering this phrase:

….the iconic phrase more famously associated to his character, first shown in narrative print in the same debut issue (although later retconned to have been said to him by his Uncle Ben) is: 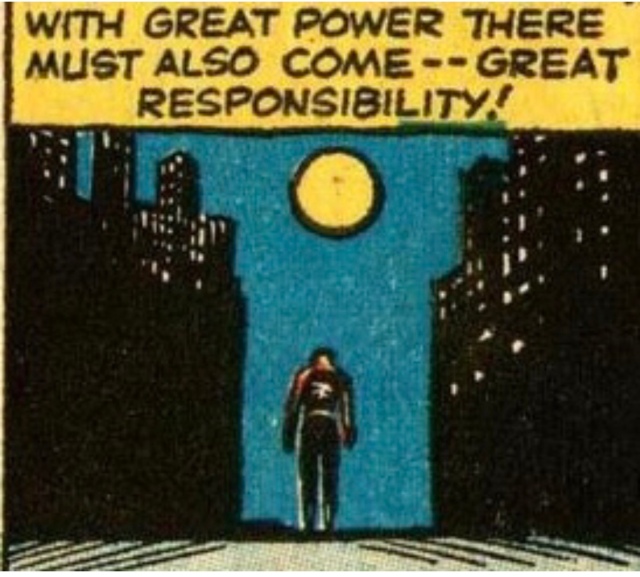 Would that we all took these words to heart.

Leave a Reply to Robzilla In CA Cancel reply