So where the heck have I been?

Up until recently, I kept a log of my comic book collection, both “haves” and “wants”, on an Excel Spreadsheet (or Numbers, for the Mac savvy.) I recently discovered an app that allowed me to inventory my entire collection by scanning the bar codes or entering comics manually, that weren’t already in the database. So that’s what I’ve been doing the last couple weeks…spending hours on end, day after day, entering my comics, issue by issue, box by box, into the new app. And that’s a whole lot books and boxes to pour through: 62 boxes, to be exact! 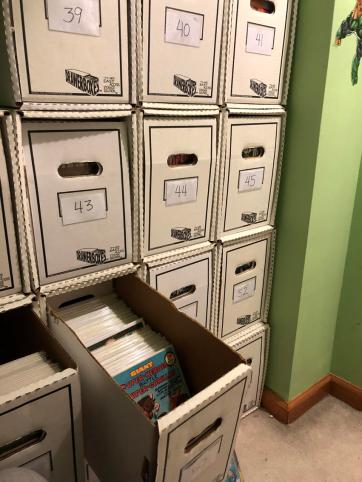 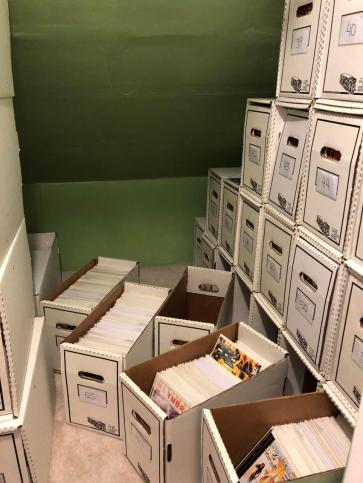 And a whole lot of books, too (10, 079, to be exact.)  It’s a cool app, because it keeps lots of information about the issue, including covers. Here’s a drill down of the screens:

It also keeps track of my “want list” of books I still need.  Of course my (self diagnosed) “OCD” kicked in, so once I started, I couldn’t stop until the whole collection was entered.  That was a lot of time crouching into crawl spaces and closets to get at my collection.  Now I’ve got a mobile record of my collection, just in time for the San Diego Comic Con in  July. Woohoo!

I helped the BF, Jim, celebrate his 51st birthday this month. Jim collects Tigger, so this was my addition to his collection: 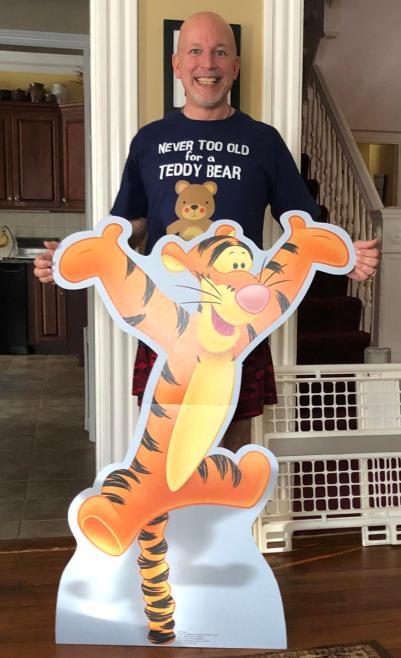 He also collects Teddy Bears, so this was the perfect gift from me: 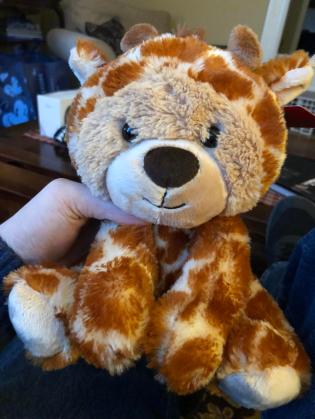 Speaking of giraffes, Miss April at the Animal Adventure Park in Binghamton, NY gave birth to her fifth calf on Saturday: a bouncing baby boy who remains unnamed at this time. 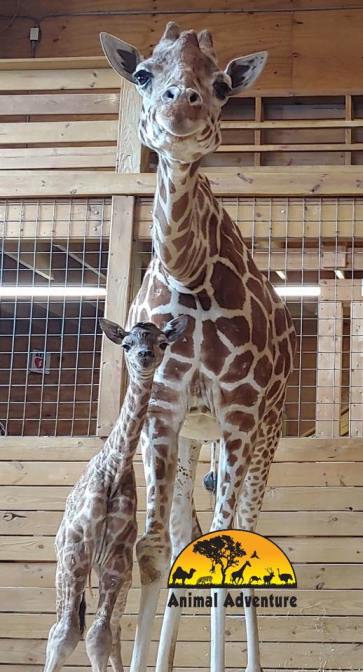 This is the third giraffe birth I was fortunate enough to witness via webcam. We won’t be returning for my birthday this year to visit the new calf, but I will get there to see him, eventually.

I’ve passed my year probation at work, which officially ends this Thursday, March 21st. This means I proven myself competent in the position, so I am now permanent in my grade and title, and can’t be demoted. (It’s like the civil servant’s version of tenure.) I’ve been the manager of my office for a full year, and I’ve managed to keep it running, but not without a lot of bumps and bruises (and way more staffing issues than I ever cared to deal with. Sigh.) It remains to be seen if “getting” to keep this position is actually a good thing. [Retirement in 7 years, 1 month, and 30 days, for those keeping count.]

I’m (trying to be) back on the booty-moving bandwagon, trying to get back into the habit of daily exercise and good eating habits. I’ve allowed work stress to impact my health and I need to turn things around.

5 thoughts on “Comic Relief & Catching Up”