The Wonder Twins (Zan And Jayna) are two of my all-time favorite superheroes, second only to Green Lantern. They are twin shape-shifting aliens from Exor who escaped to Earth to become “Junior Super Friends” (alongside Superman, Wonder Woman, Aquaman, Batman and Robin) to learn how to be superheroes.

I grew up watching their adventures and bumping fists with anyone who would play along, shouting “Shape of an Octopus” or “Form of an Ice Wall.”

They first appeared in animation in 1977 (I was only 6 but already a huge superhero fan) on the “All-New Super Friends Hour” And made their first comic book appearance the same year in the Comic Book tie-in series based on the cartoon.

I own the entire Super Friends animated series on DVD and the comic book series. 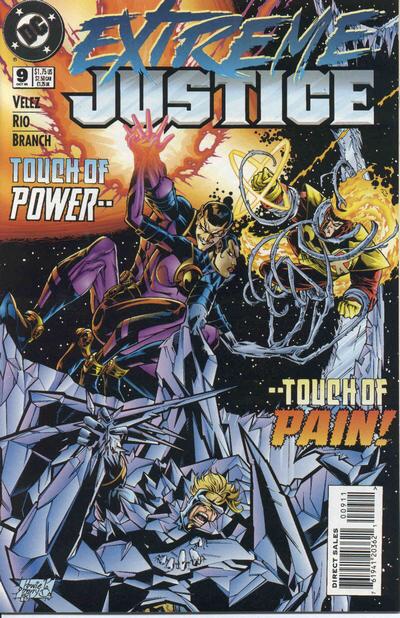 This was an attempt to make them cooler and edgier – a misfire in my opinion. This revival didn’t last long and, other than a cameo here and there in other comics or as a cultural reference, they’ve been pretty much remanded to the farthest reaches of the DC Universe.

As far as dreams coming true, this is a pretty big one for me.

Shape of a satisfied Wonder-Geek!

This entry was posted in Uncategorized. Bookmark the permalink.